The Line Up plus our Dj's & Artistes (in no particular order!) 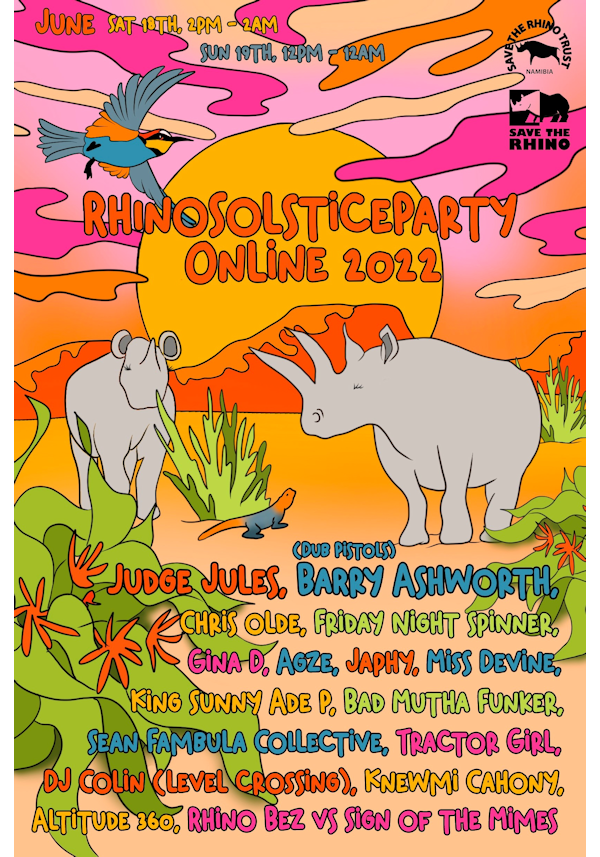 “If you’re doing something you love, you never work a day in your life.”

Dapper frontman and prime mover Barry Ashworth, a ducking, diving South London graduate of the Summer of Love generation, who started a band, the DUB PISTOLS, because he loved Happy Mondays and never looked back. The band that started out in the mid-90s with Barry DJing while musicians jammed over the top, has metamorphosed into a mighty reggaematic bass-driven live machine, a super-tight festival regular that keeps winning over new fans at Glastonbury, Bestival, Beat-Herder and across Europe.

A growing love of DJ Alfredo’s Balearic mixes at Amnesia led Barry into promoting events, DJing and a taste for hard partying. At one point he found himself in a three-day rave that Flowered Up had thrown in a mansion in South London. “The most insane party I’d ever been to,” he remembers. “The police had to carry us out in the end.” 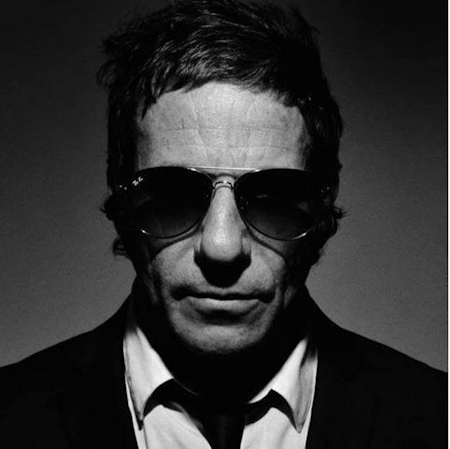 Hearing ‘Voodoo Ray’ for the very first time whilst dancing at ‘Hot 88’ in Manchester’s legendary Hacienda and realizing that the aliens had well and truly landed was the main inspiration for him to get into DJing. “Pushing through those huge rubber butcher’s curtains into the main dance area and grinning inanely is one of the main reasons I still DJ. To this day I want to share that experience with others.” 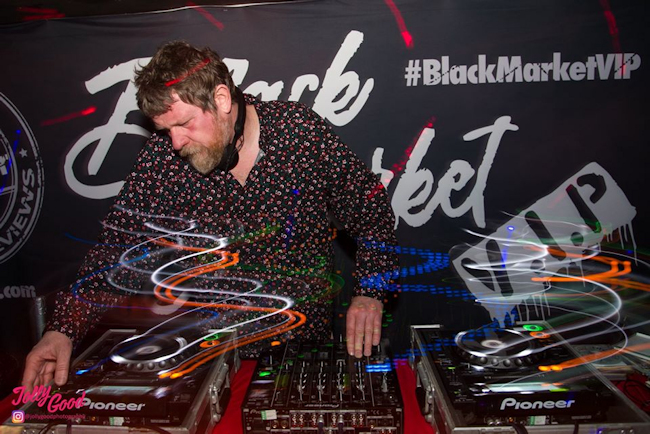 Japhy, Hasting's very own purveyor of underground vinyl, comes with a infinite passion for all forms of deep + funky electronic music. An experienced DJ cutting his teeth on the Brighton club circuit of the 90’s and 00’s. 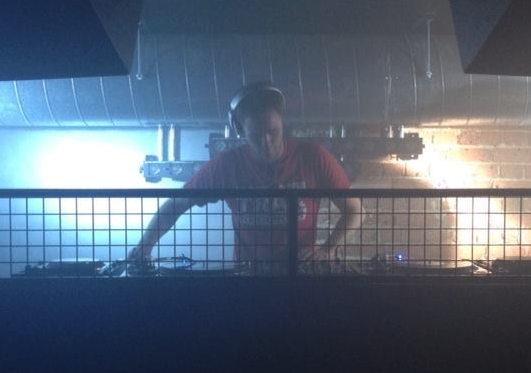 Libby AKA Bad Mutha Funker has been DJing for 25 years, playing at some of the worlds finest Clubs and Festivals. She has refused to give up her love of vinyl and now does 4 deck mixing where possible. She is part of the all female collective Sisters in Sound which now has new members and also an MC,so watch out forupcomjng events. Libby launched her new night "Legends on Sea" with Sisters in Sound just before the lockdown and brought Roy The Roach to Hastings. D.Js booked for the tour are Grant Nelson, Orin Afronaut (Bugz) Marcia Carr, CJ Mackintosh , Ricky Morrison , Linden C, Jazzy M, Neil Pierce, bringing quality DJs who have all contributed massively to the House Music Scene. Having had to cancel 10 events during the lockdown she is busy planning ahead to continue what she started. 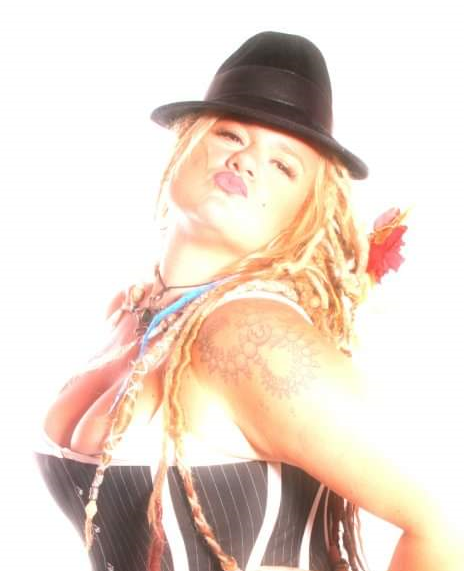 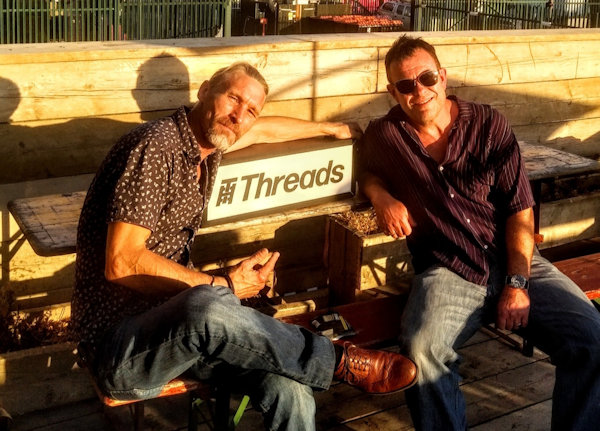 "MASTER, INNOVATOR, CREATOR, LEADER – ONE DJ THAT HAS BEEN THERE, DONE THAT AND DONE IT ALL AGAIN. A CAREER THAT HAS SUCCESSFULLY HIT EVERY CORNER OF THE GLOBE, BEEN LITTERED WITH AWARDS, ACCOLADES AND PRAISE FROM HIS PEERS, MAKING IT VERY EASY TO SAY WHY THIS JUDGE WON’T BUDGE." 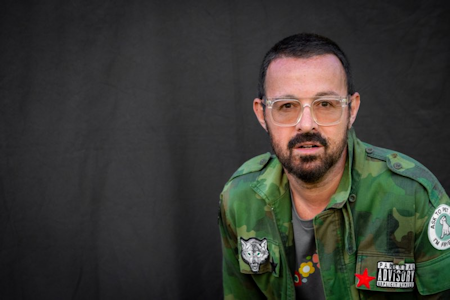 One thing you'll instantly recognise with Knewmi Cahony is that he is not your average DJ. This is due to the fact that he wears a lot of his DJ equipment on his body and guitar, which enables him to switch into a live musician at any point in his sets (hence his nickname Half Man, Half Machine). With his own fizzy Techno Pop productions, get ready to go on a journey like no other. 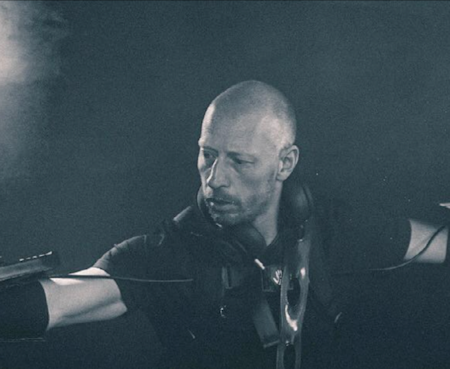 biog and photo to come

Café de Paris resident DJ from 1996 - 2000 and Tantra in Miami Beach from 2000 - 2001, former member of the mighty Dreadzone, touring the album I co-wrote 'Eye On The Horizon in 2009 as well as co-production with easy star all stars on the Pink Floyd mix of 'us and them' 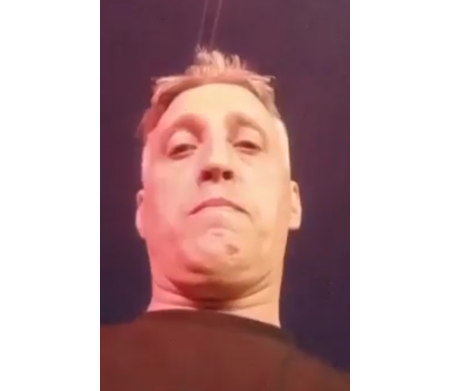 She has been hiding away from the DJ scene for some time now but couldn't resist the opportunity to step on out in her funky DJ boots and her raspberry beret to join her dear friend DJ Sign of the Mimes.

Expect the unexpected, expect to be affected, with the love of the Rhino. 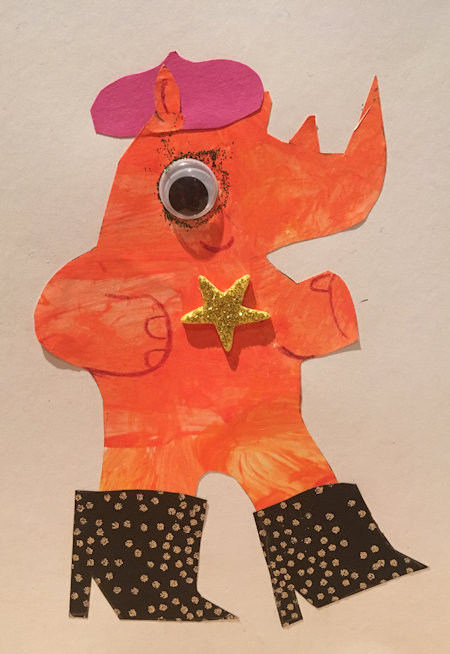 The music is eclectic, funky, soulful and joyful. She has a love of deep, classic tunes from the underbelly. Effect to be expected and accepted. Teaming up this weekend with Rhino Bez. Watch this space ... 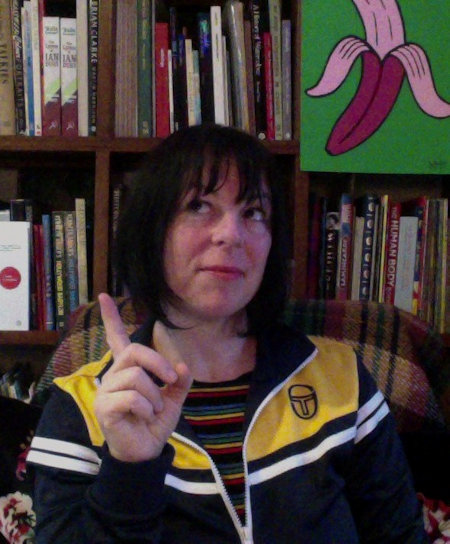 A lady that needs very little introduction, Arabella is a force of nature, she has been whipping dance floors into frenzies from the UK to Europe, to Goa and beyond, since 2011.

Her passion and talent for mixing her very own brand of bass heavy, bad ass tech house has made her a firm favorite behind the decks. Prepare yourselves for a downright deep and dirty groove!

Julie Devine was kidnapped by drag queens at the tender age of 14. They introduced her to disco and she never quite made it home. She's still at the party and can be seen at Golden Delicious, House of Honey and anywhere else that'll have her..she's still a darling of the queer scene and her mates doos, as there she is loved regardless of her age inappropriate behaviour and rather too dirty music.

Julie is very happy to be helping save the rhinos and joining in with Berry White and team..they shine bright!! 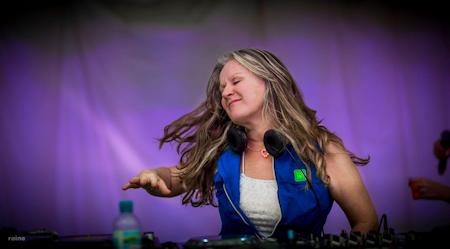 The Friday Night Spinner used the cover of lockdown to crawl from under his stone. The invention of a man with a proper job that he would never recommend to his children.

Inspired to take up DJing by Mrs Spinner (the names have been changed to protect the innocent), the Spinner has almost been managing to mix tunes together since 2006. It is rumoured he once played to a crowd of 6 people, 4 of whom stayed to the end. Brought up up on a diet of funk from an early age, his love of house music started with Steve ‘Silk’ Hurley’s - Jack Your Body’ in 1985 and continued through nights at the Hacienda in the late 80s. Once Mrs Spinner introduced him to the white Isle of Ibiza, the love affair was confirmed (both music and wife).

His biggest fan is his boxer dog Lola. Although, arguably when she paws at his leg on a Friday night when he DJs, she might be asking him to STOP... 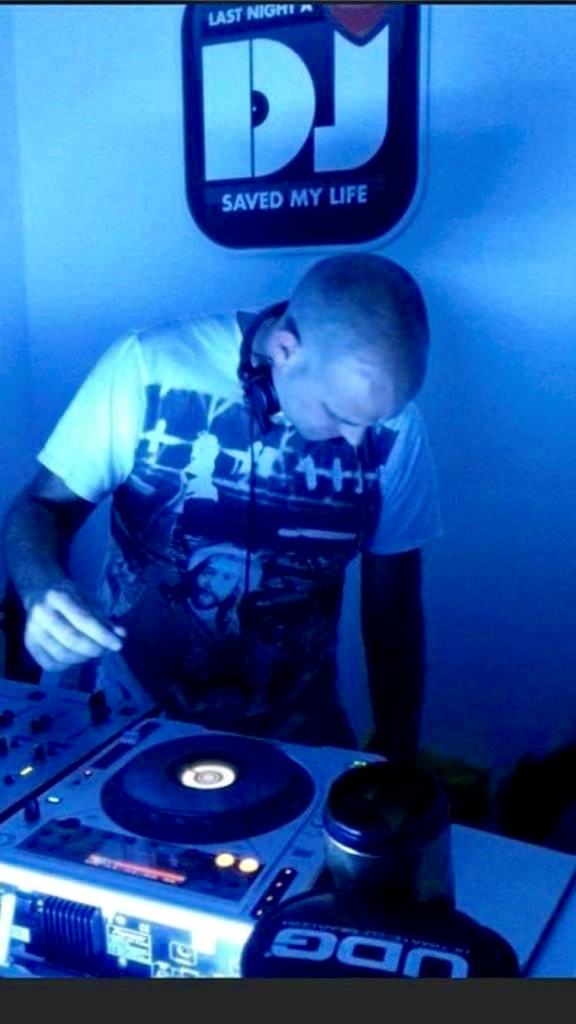 Originally from the Midlands, Mark has spent his adult life living and working across the world, finally settling in Hastings, attracted by the vibrant music scene and the quirkiness of the seaside town.

Influenced in the early days by the morose and atmospheric sounds of the Cure, New Order and other gothic rock bands of the late 80’s early 90’s, Mark fell into the London clubland scene and culture later in the 1990’s and discovered an enduring love for Ibiza and the Balearic beauty of the island.

As Altitude360 DJ, Mark brings together a unique fusion of chilled, ambient house and deep techno and melodic underground sounds.

2019 for Mark finished with a number of gigs in Ibiza, being signed to MO7AI, an International DJ Platform and being selected to be one of the Future Sounds DJ’s for the Source Bar. 2020 would have seen Mark join larger industry names in gigs in Manchester and London as well as dates back in Ibiza. With lockdown kicking in he has focussed on the release of some of the tracks currently in production and developing his brand.

Alongside a number of local residencies and guest appearances for other brands, Mark has regular radio shows on Data Transmission, The Underground Kollektiv and The Works Experience and has featured on Techno Live Sets 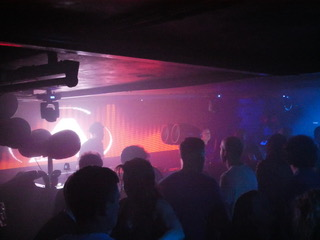 At 15 years old in 1995 I got my first set of decks and started mixing House/Garage and booking church halls out for pretend birthdays so a load of us teenagers could party! In 1999 and now old enough to go to club nights like Peach and Mind Over Matter@ Camden Palace I started mixing Hard House/Hard Trance and Bouncy Hard House. By 2000 I was playing out in Southend, Essex and was a regular at nights including Megabyte, Concept, Sectioned, Overload, and Encoded. I started making my own music in 2006 and in 2008 I started to throw my own annual secret outdoor party called Secret Summer Soundsystem which was a free party held around the leigh on sea area. We partied on the beach, the downs, in the woods and on a couple of occasions the ruins of Hadleigh Castle! We always left it tidy too. In 2010 after getting back from my first visit to Ibiza I started mixing Tech House/Techno and started playing at a night called Oxygen in southend. I love music that is happy, energetic, uplifting and vocal and regardless of the genre that is the sort of stuff I play and like to dance too.

My mix for the Rhino Solstice Party 2020 is an hour of Vocal House and Vocal Tech House, Enjoy! 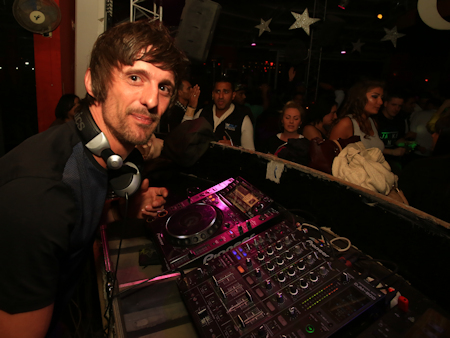 We believe that much like a record spinning on a platter and the slow drip of an espresso, coffee and music are both best enjoyed in their most analogue forms.

We decided to open a record store around 3 years ago...I have always been a collector, played in various bands so the dream to open my own store has always been there. We live 10 minutes from the shop in East Sheen, South West London. The store's regulars have become an extended family to us. They are the reason we get up in the morning and the best thing about owning a record store.

Our store is much more like a bar than a record store. People hang out all day talking about music and listening to vinyl whilst having a coffee. It's a real community. We don’t focus on any specific genres and we pride ourself on being eclectic. Our staff members regularly play live sets in-store and our customers often DJ. 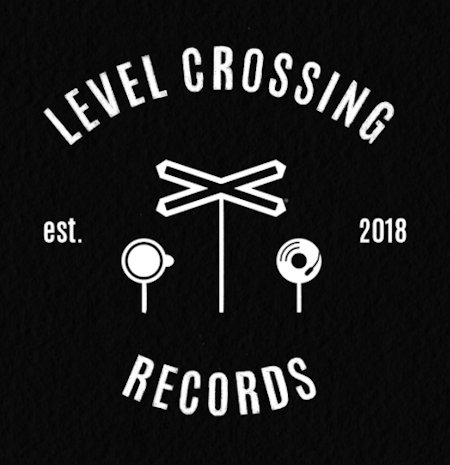 Agzilla came up through the London underground, an integral part of the now legendary Ronin Records collective, extended family member of the band 23 Skidoo and enjoyed enduring solo success under the production Deckwrecka moniker. Having worked with many great artists ranging from bona fide Hip Hop legends such as Ice T and Schooly D, Skinnyman and the Mud Family, Silent Eclipse through to reggae pioneers like Sugar Minnot and Dawn Penn, Max Romeo, as well current legends such as Julian Marley, Junior Reid, Cutty Ranks and more.. his love for a late night session or a heavy new beat and lyric still endures… Can always be found in the lab on some sonic adventure… Sword For Hire! Deckwrecka 23Forever..
OneLove Zz. 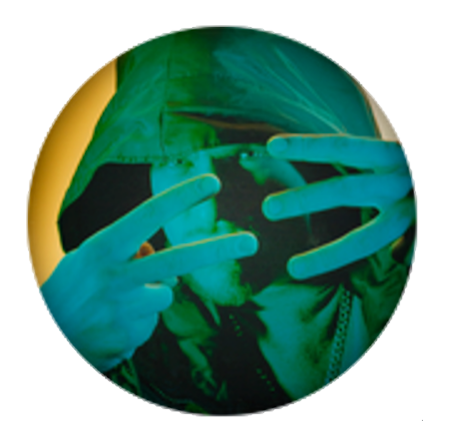 Djing since 97
Played at Rhino Parties down the years. House of Honey and Give Etc.
Run online radio channel back2lifesessions
Loves reading the crowd and delivering. 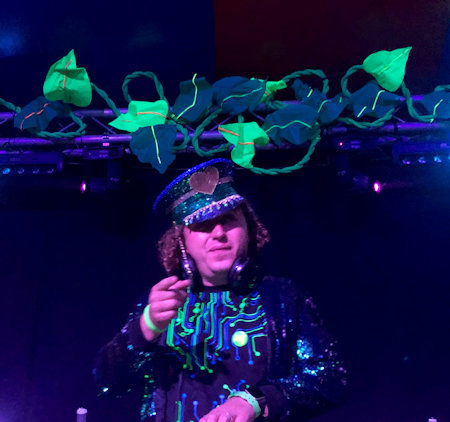